Another Great Year for El Toro and the Bluegrass World Series
By: Jeremy Sneed 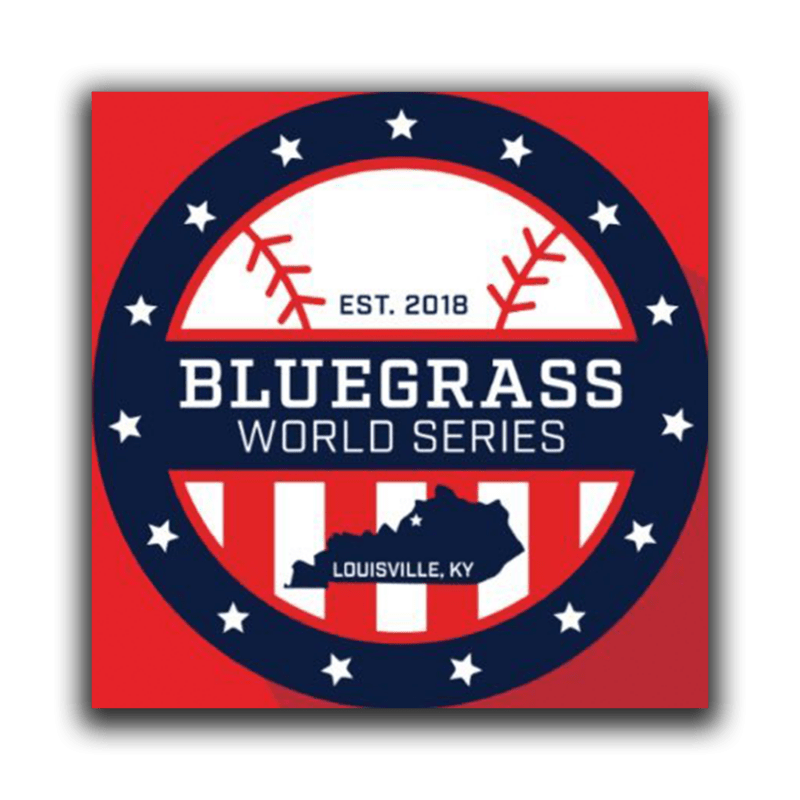 2019 marked another fantastic year for the Bluegrass World Series at Louisville’s famous Slugger Field. The El Toro Suite was the place to be this first full week of August as some of baseball’s most cherished players took to the field.

The Bluegrass World Series is home to the Louisville Stars, a culmination of some of MLB’s top retired players who all gather for one great week of baseball.

For three nights, Slugger Field was home to baseball fans catching some of their most beloved childhood idols. Of those that took to the field were baseball celebrities like Johnny Damon, Chris Burke, and Jeff Keppinger.

For El Toro, a partnership with the Bluegrass World Series made perfect sense and fit wonderfully into our ongoing relationship with Louisville’s Slugger Field. 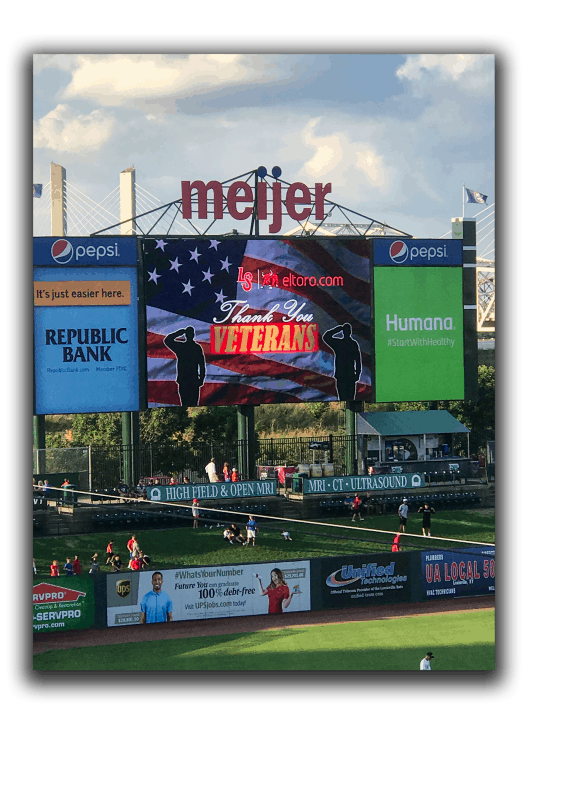 The Bluegrass World Series exists to not only bring baseball’s best excitement to Louisville but to make a difference in the community as well.

The Series hosts these three nights of incredible baseball all for the benefit of Gold Star families and military/veteran personnel and their families alike. The Series donates primarily to the Hershel Woody Williams Medal of Honor Foundation, as well as other military and veteran oriented charities in the Louisville area.

It wasn’t just baseball legends that were there on behalf of the Bluegrass World Series. Medal of Honor Recipient and WWII veteran Hershel Woody Williams was in attendance at Friday night’s game. 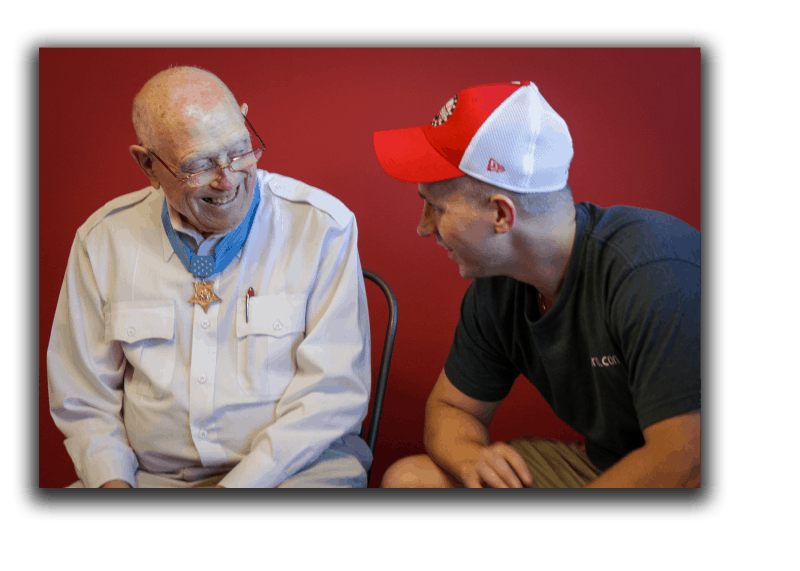 “We are very proud to be a sponsor of the Bluegrass World Series. The work they do for Gold Star families, the Hershel 'Woody' Williams Foundation, and other military charities, is amazing,” said Stafford, “Slugger Field is home to one of the best minor league teams in modern-day history, the Louisville Bats, and El Toro is a massive fan. It's fitting that some of the most well-known MLB players in the country would converge here to put on a true baseball spectacle.” 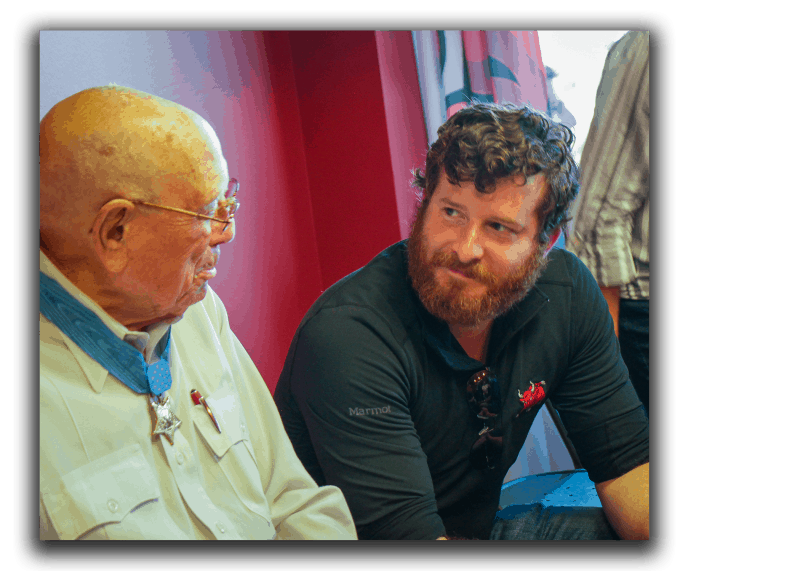 Among those from the El Toro team that got to be in attendance with Hershell Woody Williams was U.S. Army Veteran and El Toro Developer, Dustin Doom. Doom served his six years in the military with the 38th Explosive Ordnance Disposal (EOD). Members of the El Toro team got to spend time with Hershell that night, but it seemed Doom might have been the most enthused about the visit. 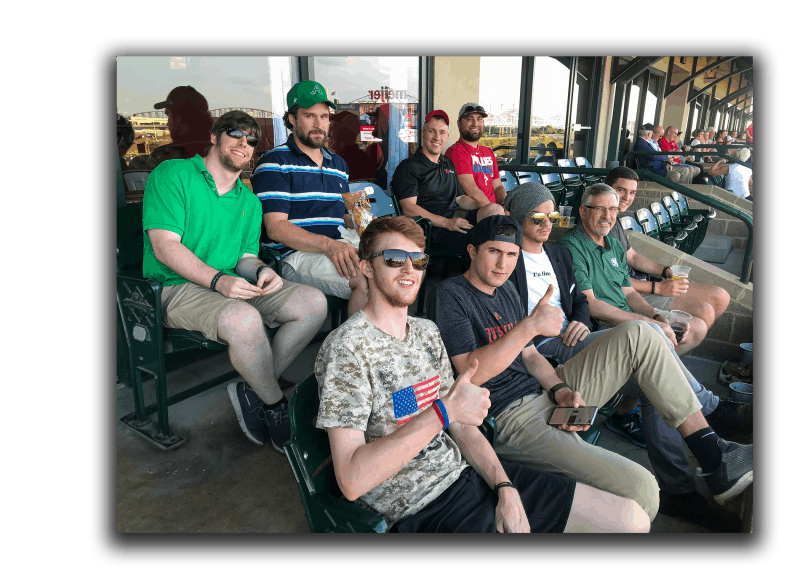 El Toro has been an ongoing fan of the Louisville Bats for a number of years.

Today, El Toro has our very own suite within Louisville’s Slugger Field. Tickets to the suite are a given for the El Toro’s staff for any Bats game. The El Toro suite can be seen any night there’s a game packed full with members of the team enjoying a night in downtown Louisville.

El Toro’s partnership with the Bluegrass World Series made for a wonderful week and a worthwhile impact on the Louisville community and the El Toro family.