The El Toro Insider You've Been Looking For
By: Jeremy Sneed

Just under a year ago, El Toro released our very own, home-produced podcast.

It all began when some core members of our team gathered together with one core common mission, how do we better reach the masses?

A year or so ago, when we first sat down to discuss, what we wanted to do as a collective whole was to spread our story and our message and our legacy in a way that mattered, and would leave a lasting footprint.

We could pick up the phone or open up our computers and get on the grind to acquire new customers, but that’s not the type of outreach we were looking for. It wasn’t an increase in sales that we wanted, but instead, a more meaningful engagement and connection with our audience. 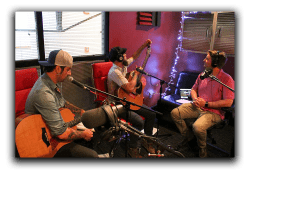 We seem to hear one common response when people are let in on even just a sliver of the El Toro story and culture: a resounding “wow”.

El Toro began as just three crazy guys in a basement with an idea. Now, not even a decade later, those three guys have expanded their idea and vision into a 130 employee-run, multimillion-dollar, nationally recognized operation.

The original conception of El Toro, before it was even called El Toro, wasn’t even planned to pertain to the advertising industry. Now our ad tech is revolutionizing the way digital advertising is done.

Between nearly 10 years in business together, and even longer years in friendship, on top of the team of over 130 people, each with their own crazy, unique lives, we’ve got a lot of stories to tell. Of course, all of that on top of being a leader at the forefront of disrupting an entire industry.

The aim of the podcast is simple, to better get the word out about what wildness we have going on behind these doors off Main Street in Louisville, KY.

It’s not just the one of a kind technology, let’s just say ...we’re no ordinary company. Our leaders all spent their fair amount of time in the corporate world. Their take from it? It wasn’t for them.

Life at El Toro’s is unlike any corporate environment you’ve experienced. When you walk around downtown Louisville in the middle of the workweek, you can pinpoint a member of the El Toro team just by the way they’re dressed. At El Toro, there’s no dress code or mandatory arrival time, but there are however office dogs (lots of them), team parties, an entire rec-floor with ping pong, foosball, arcades, and in-office bourbon (lots of it), and a completely collaborative work environment filled with people from a multitude of cultures and backgrounds. 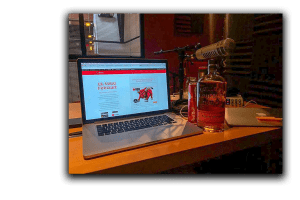 All of this El Toro life and culture allowed us to made our mark as a forward-thinking approach to corporate work life. Just because you hustle, doesn’t mean you can’t be happy doing it. Our way of living here at El Toro continuously has us ranked in our city of Louisville, KY as the best place to work and coolest office space.

Podcasting has become our viable outlet to better sharing our people, our stories, and our way of life with the rest of the world.

The number of podcast listeners is continuously on the rise. It was estimated in March of this year that nearly 68 million Americans listened to podcasts on at least a month-to-month basis. This number accounts for nearly 24% of Americans, doubling from the 12% it was just a few years ago in 2013.

Due to its popularity, the number of podcasts is on the rise as well. It is estimated that as of April of this year, there are over 29 million episodes in existence with over 700,000 different shows in circulation.

We know what a working life looks like, it’s busy as hell. This is why podcasts made sense for us. When we’re hustling inside and outside the office, day in and day out, there isn’t always time to sit down and watch or read something. Podcasts were our multitasking answer. We want to give our listeners the ability to listen to the El Toro podcast without having to stop their hustle. Listen to us on your commute, while at work, or at home in the background. 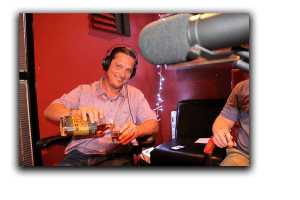 What you can catch in the El Toro Podcast

Our first few episodes pull from the guys who keep El Toro running like the winning horse of the Kentucky Derby. Our leaders are no ordinary people, being entrepreneurs, world travelers, one published author, and even one haunted house owner and extraordinaire. From our CEO Stacy Griggs to our founders Sean Stafford and David Stadler, our first episodes dive into these guy’s lives and how, together, they built this machine and took it from an idea to a nationally recognized endeavor.

It’s not just our founders and leadership that make El Toro the legend that it is. Some of our star players are team members down in the grind of the organization. People like developer, Dustin Doom, used to diffuse bombs during the Iraq War. Sales rep, Kiara Loucks, is on track to be an Olympic athlete. Developer “Loki” Jacobsen’s coding ability is so brilliant it may or may not have been linked to the T-Mobile hack of 2005. While all of these magnificent humans share El Toro in common, they come onto the show to share some glimpses into their own stories.

The El Toro podcast pulls from some of our team’s most interesting connections as well. Those who came to be a part of our show range from the founder and leader of Louisville’s Forecastle Festival, J.K. McKnight, to Delta Dental CEO, Jude Thompson, even onto American-Mexican comedian, Alex Reymundo.

And that's just a little preview! It goes without saying, no episode holds the same content, and all are set to keep you entertained. 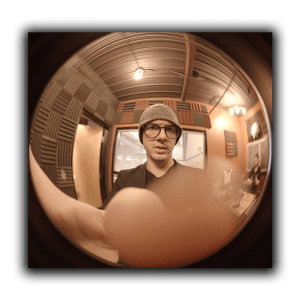 Tune in for Yourself

Listen in to the El Toro Podcast wherever you stream your podcasts.

Our collection can be found on Apple Podcasts, Spotify, Google Play, Stitcher and BluBrry.

Want to know more about the show and its hosts? Visit the El Toro Podcast page to find out more information. Feel free to message our hosts and get your take in on what you think of the podcast.