If you’ve been keeping up with our blog lately, then you’ve been noticing a lot of content around the use of identity resolution to bring about personalization in advertising to lift campaign conversions.

Now that you’re better versed on the power of one to one marketing, implementing it among your advertising is the next step. When creating these highly relevant advertisements, how can you more adequately appeal to them beyond your ad personalizations?

One way to successfully draw in consumer attention is leveraging emotional appeal.

Consumers are no longer as easily receptive to a one-size-fits-all ad. In today’s age, the way to catch the eye of a consumer is to truly appeal to them on a level that sticks. This is the logic behind emotional appeal advertising. 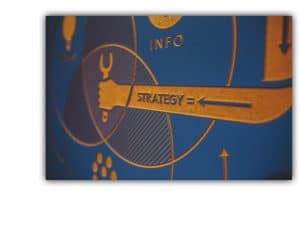 Emotions to leverage range across the board, not just happiness, but fear, anger, sadness are all emotions that no person is immune to. These can be used to draw in a consumer’s attention and persuade them to affiliate with your brand.

Happiness tends to be one of the go-to emotions for advertisers to appeal to their customer base. Take Coca Cola for example. Coca Cola’s sodas are proven to be bad for you, the calories, sodium, sugar are all ingredients that contribute to poor health. However, have you ever seen a Coke ad that touts the health risks involved in drinking their beverages? Of course not. Coke ads rave the happiness and joy that comes from partaking in their products. This is a prime example of emotional appeal advertising, using the feeling of happiness to draw consumers.

Why are brands using emotional appeal to draw consumers? Are we really that gullible? Turns out yes, humans are driven by emotion on a much more prominent scale than some may realize.

Author Dan Hill wrote a book called Emotionomics: Leveraging Emotions for Business Success. This book highlights the logic behind applying emotional appeal in advertising, acknowledging  that in today’s highly competitive marketplace, a brand’s emotional appeal can be the factor that makes the difference. In his book he states “Emotions process sensory input in only one-fifth the time our conscious, cognitive brain takes to assimilate that same input.”

With how quickly the brain processes things from an emotional standpoint, it typically is the first stop in the decision making process. Not only are emotions more quickly processed, but the brain also remembers emotions for a longer period of time than facts. 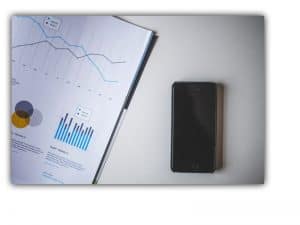 Neuroscience not so long ago made the discovery that decision making is actually driven by emotions over logic. Neuroscientist Antonio Damasio did a study among a group of people who had damage in the part of the brain where emotions are created. What he found among the group was that they were incapable of making decisions. Anyone can put together pros and cons around making a decision, but in the end, if there is no clear cut right or wrong answer, it’s up to your emotions to decide.

How does this pertain to advertising?

The Institute of Practitioners in Advertising (IPA) took a look at the top 1400 most successful ad campaigns from the last three decades. What IPA found was that among these successful campaigns that 31% relied primarily on emotional appeal with another 26% using both emotional and rational appeal, compared to the only 16% that relied solely on rationality.

It is important to know that larger brands like the aforementioned case of Coca Cola or brands like Nike, Microsoft, Apple are more in place to use completely emotion based appeal in their advertising compared to smaller brands.

With larger brands, most consumers already know what products or services they offer so for them ad campaigns can be simply on behalf of raising awareness. Coca Cola again is a phenomenal example of this. Rather than showcasing their latest products, deals or features, you can see that a majority of their ads simply showcase happy consumers taking part in their originating product, the Coke itself.

For smaller, lesser known brands, they don’t quite have this luxury yet. Smaller brands still should be considering the need to get the word out about their product or service. In this case, it is recommended that smaller brands take the part emotional and part rational appeal approach to their advertising.

The top emotions that advertisers should leverage are happiness, sadness, fear, and anger.

Happiness: Just like the Coca Cola ads, hosting feel-good ads encourage people to think of happy thoughts when associating with the brand. Think of McDonalds “I’m lovin it” amidst the constantly smiling faces. This helps people associate the brand with joy and feelings of cheerfulness.

Take a look at Android’s Friends Furever campaign from 2015. The use of happiness appeal is so prominent in this campaign that it isn’t until the end of the advertisement that viewers are shown that it’s an Android ad. This ended up being the most shared advertisement of 2015.

Sadness: The sadness appeal is one that pulls on people’s heart strings such as a non profit. These ads tend to make consumers feel sad and offer their brand or product as a way to relieve that sadness.

Perhaps one of the best examples of an advertisement that used sadness to resonate with the public was that of Sarah McLachlan’s commercial on behalf of ASPCA. This ad showcases sad music, sad looking animals, and a sad Sarah McLachlan all to play on the public’s sadness in hope of increasing animal rescues and raising donations for the nonprofit. To this day people reference this ad and how as soon as they hear her classic “Angel” song start to play they know what advertisement it is.

Anger: Ads making use of anger to get consumers exasperated in hopes of using that emotion to get them to complete their call to action. A perfect example of this is political ads.

Check out this anti-Obama ad. The advertisement alludes to how Obama was careless in providing proper security in schools while in office. The ad makes efforts to show that Obama was careless with America’s children yet not with his own. All of this in efforts to get the public angry in regards to Obama’s actions to encourage additional support from the public to the NRA.

Fear: When using fear in ads, brands can use the emotion to get consumers to fear that without completing the advertisement’s call to action, either they or someone else will suffer.

One of the biggest to embrace this fear appeal is that of driving and texting advertisements. These ads fill the screens with happy families or kids driving along, only to be brought to their demise because of the use of their phone while driving.

Take some time to look at your advertisements and see how you could make use of emotional appeal to better catch your audience’s attention. Once you’ve enhanced your ads to their highest potential, reach out to El Toro and find out how we can help you serve these ads more accurately than any ad platform in the industry.