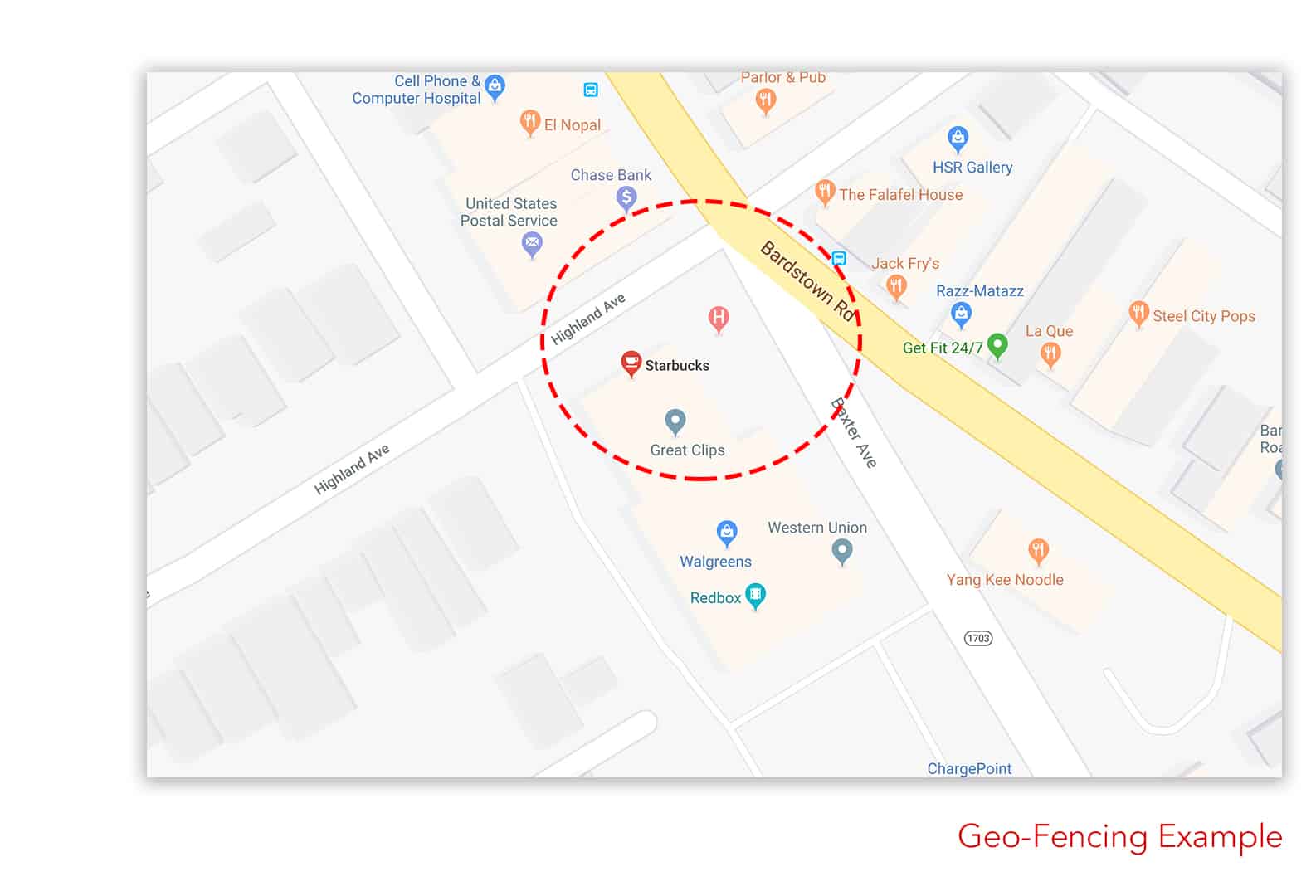 I first became aware of geofencing technology in 2014. Shortly after the iOS 7 update, I began noticing an app icon in the bottom left-hand corner of my phone screen, most frequently when I was near a Starbucks. Soon after, I began receiving push notifications for iced coffee at a discount.

Iced coffee is my favorite morning drink; I have one every day and claim my Starbucks Rewards through their app. And as much as I’d have loved another one, I always found myself on the move to somewhere else when I’d drive through the Starbucks geofence.

Geofencing is the use of GPS or RFID technology to create a virtual geographic boundary, enabling software to trigger a response when a mobile device enters or leaves a particular area. For advertisers, geofencing gives the ability to target mobile devices when they’re near a specific location, a competitor or their own.

However, much like my use-case above, geofencing can many times be limiting. One may argue that the push notification sent to my phone reinforced the idea of stopping for an iced coffee later in the day - but I’d argue the opposite, it can also be seen as an annoyance. What if there was a way to get in front of the “intenders” (those intending to buy) and influence them while they’re in market? Moreover, what if this influence could go beyond just those who have their Starbucks App notifications turned on?

We’ve stated what geofencing is, but what about the fine details? Geofencing requires a hard opt-in. In other words, a consumer has to raise their hand and agree to receive ads. In my case, I downloaded the Starbucks app and agreed to the terms of service. Geofencing also utilizes cell tower service or GPS to create the fence. For example, I cross into the geofence near the Starbucks on the corner and also access the local cell tower: therefore, I must be in the fence and receive an advertisement. The idea of geofencing can be useful for post-campaign reinforcement or brand awareness to your most loyal customers. 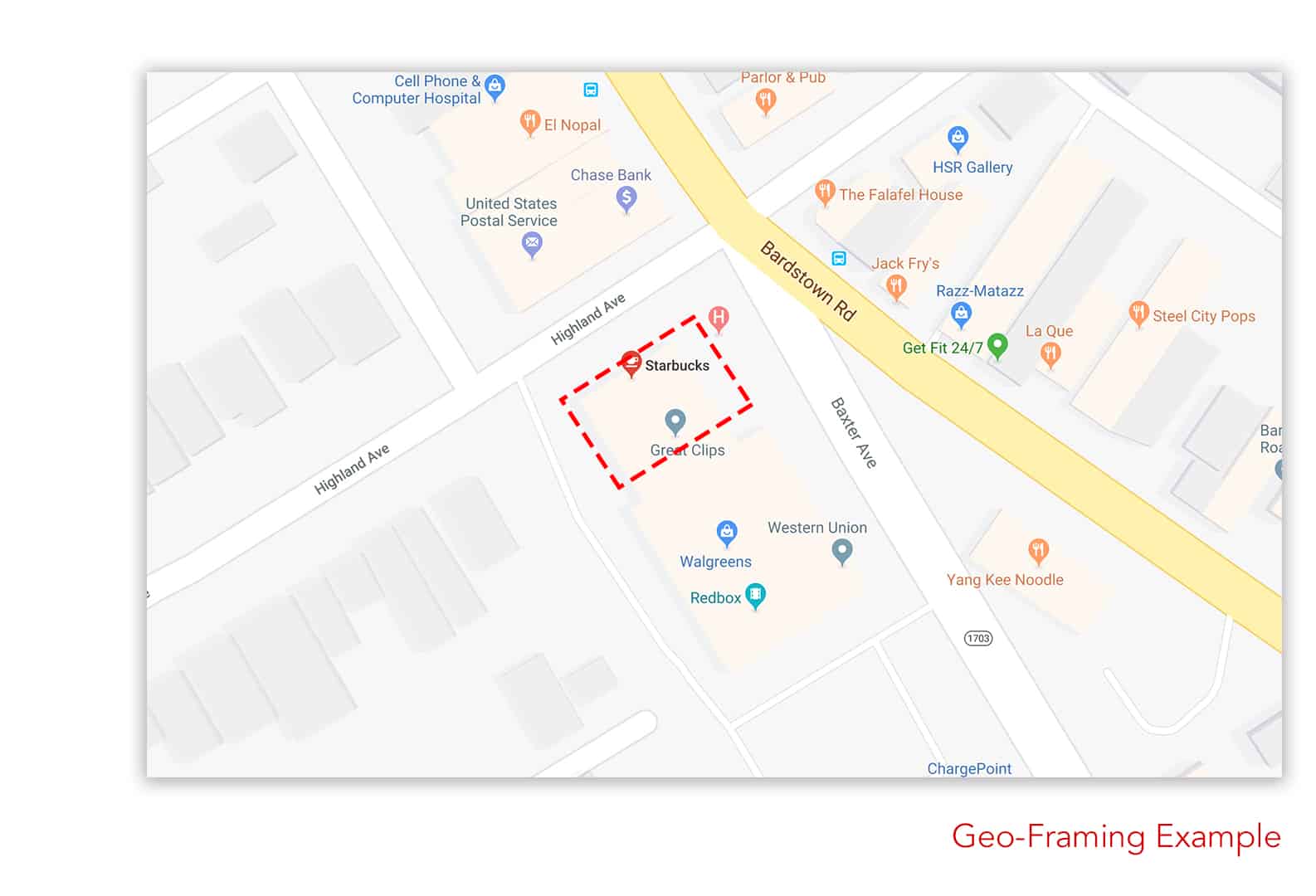 However, in the digital space of geolocation technologies, there’s a new player, Geoframing. Introduced in 2017 by El Toro, it piggybacks off the idea of geofencing and takes it much farther.

Geoframing doesn’t utilize cell tower service. Instead, Geoframing focuses on the latitude and longitude of a specific location - down to the meter squared level. This gives a more granular and precise look at a geographical location, cutting out the noise of those people who are just “driving” through your geoframe. The biggest difference, however, is Geoframing takes historical data, not live data.

Geoframing takes the historical data found in a single location at a specific time and collects the Device IDs seen in that desired venue. In other words: Starbucks could geoframe around their locations and pull the device IDs that were present within those buildings up to six months ago. From here, the coffee shop can advertise to those device IDs via mobile targeting in El Toro’s system.

Geoframing doesn’t stop here though. It also ties that captured device ID back to a household address, giving advertisers the ability to send IP targeted advertisements or direct mail. This one to one marketing approach is only capable with Geoframing.

What about the opt-in? Geoframing uses a “soft” opt-in because it gathers data through the ad exchange. In other words, when an ad call is placed on your phone, you’ve opted-in to the advertising exchange via surfing the web. Therefore, geoframing doesn’t require someone to download your app or be in your CRM. With our tool, you can advertise to these ‘shadow’ customers that frequent your store locations. 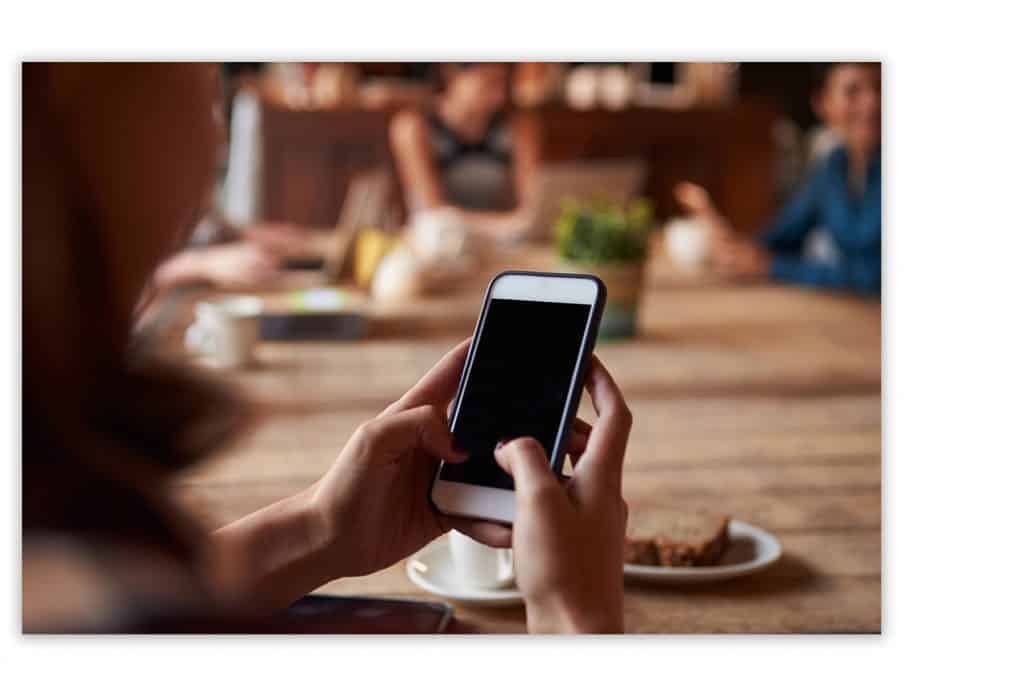 Geofencing can have a place in an advertiser’s omnichannel approach. Focusing brand awareness to your most loyal customers has great benefits. What’s even more powerful though, is getting in-front of intenders while they’re in market. If I had received a Starbucks ad prior to getting in my car, I could have wound up with another iced coffee, and Starbucks would have another purchase from me.

El Toro is revolutionizing programmatic media and Account Based Marketing through its patented approach of matching physical addresses to IP addresses, allowing clients to effectively target consumers. The El Toro system is 100% cookie-free and its proprietary approach connects with real people at an unparalleled accuracy, eliminating ad fraud. With a 95% or greater confidence level, El Toro is the premier choice for digital advertising. For more information, visit eltoro.com/ad-tech, or contact us below.