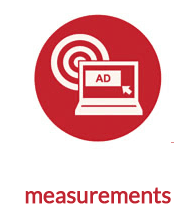 n online advertising metric that has gained traction in the digital advertising industry as a way of measuring if a display ad was actually seen by an Internet surfer.  Viewability has even become a selling point among some ad platforms.  But there is a dirty little secret in the online advertising industry, viewability doesn’t matter.  Why?  Because viewability is touted to be a metric of success.  Here’s the hard truth, the only measure of success is success. The metric of viewability attempts to track impressions that were seen by human eye balls. To calculate viewability, measure the percentage of ads deemed “viewable” against the total number of ads served. In theory, if you go to a website and there is a full page of ads, but you don’t scroll down the page all the way, any digital advertisement not coming into your browser would be deemed “non-viewable.”

At the beginning of 2015, the Interactive Advertising Bureau (IAB) released a guideline on viewability principles for the industry as to how advertisers should calculate viewability to “make the measurements make sense”. Currently, the Media Rating Council (MRC) says an ad is viewable if 50% or more of their pixels are in view for a minimum of one second.  In regards to desktop video, the viewability “standard” is at least 50% in view for two seconds. To top things off it’s estimated that over 50% of digital ad impressions are served to non-human traffic. These non-human, virus-infected, machine-generated bots can scroll the page and even click.  They can act in almost the exact same manner as most human Internet traffic. This means those bots could come across any advertising campaign you’re running, which would end in a fantastic viewability rating with zero conversions. Are zero conversions and a high viewability rate asuccessful campaign?  No. It’s not.

Even if we look beyond the fact that viewability does not take fraudulent activity into account, there’s that additional problem that no one can agree on as to what “viewability” actually is.  Typically “viewability” is based on mere seconds of viewing time, but there are also multiple methods for measuring the screen placement. One of those alternative methods measures the positioning of the ad in relation to the browser window which is called the “geometric approach”. However, the geometric approach does not read iframes on Internet Explorer or Firefox. Another approach often used is called “browser optimization”, which relies on the browser’s own analysis to determine if the ad was rendered (AdExchanger). These two forms of measuring viewability could not be more different, but one commonality they both share is that they have little to no impact on how their version of viewability impacts conversions.

Ensuring that a company’s advertisement will be seen by more human traffic is a great goal for the industry. Getting rid of fraudulent traffic altogether would be a phenomenal achievement. But at this time it is simply impossible because most advertising agencies cannot pin point what is fraudulent and what is real, let alone monitor what is seen on a screen with any accuracy. Imagine this: Your ad could be placed at the top of a website which then could lead to multiple conversions.  However, if that website was deemed “nonresponsive” by the DSP then you would have a viewability rating of 0%. Let that sink in for a moment.  If you’re judging the success of the aforementioned campaign on viewability alone, then that campaign which had great conversions and a viewability rate of 0%, is a failure. In what world would that make sense?

At the end of the day, we all want our ads to be seen. If you are paying for your ad to be seen, it should be seen. Not only should it be seen, but it should also be seen by real human traffic. So, how do ensure that?  IP targeting allows advertisements to be served on a one-to-one household basis.  By mapping the actual physical address of a home to the corresponding IP address at that same home, you bypass most fraudulent traffic. Not only that, you know what your actual conversion rate is, which is the ultimate metric of success.

Here at Eltoro, we care about conversions, how many sales a campaign generates.  While we use a 3rd party service to measure and help optimize viewbility, ultimate campaign success is not determined by the percentage of your ads that were viewable, it’s based on the percentage of targets who purchased.

So while everyone is fighting about what viewability is and how to measure it, El Toro will continue to provide effective campaigns and proven conversions for client by using the only metric that matters - success.