Historically, large political campaigns have spent a significant portion of their budget on broadcast television.  The 2022 midterm elections, however, have become an inflection point for campaigns, and media buyers are moving their budgets from broadcast television to narrowcast options like Over-The-Top (OTT) and Connected TV (CTV).  This article explores these trends and how innovative and cost-conscious campaigns are using El Toro to win.

This does not mean that local television or national networks are dead; it’s simply that most viewers are no longer viewing their content in broadcast form.  While this change is clear and has been obvious for several years, many political campaigns are just starting to realize that they are more likely to win when they move significant budgets to CTV and OTT.  According to analyst Kantar, 85% of US households now use a video subscription service.  Additionally, 44% of US households subscribe to four or more streaming services.  This desire by viewers – to consume the content they want when they want and across any number of devices – has led to the rise of narrowcast over broadcast.

Targeting an Audience by the Numbers

What is a GRP?

Gross Rating Points were developed as a way to measure and sell television advertising.  To calculate GRP, you use the following formula:

For example, if a campaign has an average of 4 impressions by 2,000,000 viewers, with a total addressable population of 10,000,000 people in the broadcast television audience, then the GRP is 80. Here is the math:

Put more simply, a GRP = 1% of the total audience exposed.  Since the audience size is fungible by market, so are GRPs.

So, using the example of Louisville and this campaign described above, a GRP of 80 would equate to 556,856 (696,070 * .8).  Let’s convert this to CPM:  A single $340 GRP in Louisville (which is the current, non-pre-emptive rate) would reach 6,961 homes, equating to a CPM of $48.85.  On the surface, this CPM appears less expensive than political OTT, but remember that these ads are targeted based on the demographic of the shows that are being viewed.  Therefore, to get an accurate view of the costs these numbers need to be converted into an eCPM.

While Effective Cost Per Milla (cost per thousand) or eCPM is traditionally used to create a balanced scorecard between Cost Per Lead (CPL) and Cost-Per-Click (CPC), in this case, we will apply eCPM to targeted audiences.  This is the best way to evaluate these two forms of media against each other since not everyone votes, and, of the people that vote, only a fraction of them are persuadable.  Additionally, with television market Designated Market Areas (DMAs), you are often forced to advertise to people who vote in other districts.  To get a fair view of costs, we need to adjust for these factors.  Back to our Louisville, Kentucky example...

The Louisville media market consists of 29 counties, more than ⅓ of which are in Indiana (see map below). 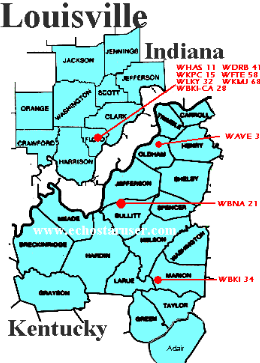 Since KY-3 has the highest overlap with the media market, it will also be the most cost-efficient media market for running a congressional ad on broadcast television in the DMA.  As you can see in the table below, once you adjust for audience loss from voters who live in other Congressional Districts, voters who are not registered, voters who simply do not vote in a mid-term, and voters who are unpersuadable, you are left with 9.52% of the people who saw these broadcast ads who were suitable targets for advertising.  That makes our $340 GRP an eCPM of $513 compared to the nominal CPM of $48.85.  In contrast, if you were to onboard a voter list to a platform like El Toro, you would only target registered, likely, persuadable voters (assuming that is your goal) – cutting typical eCPM from 4-10X and allowing you to deliver 4-10X more ads to the perfect audience with the same budget.

Where Should You Buy OTT / CTV?

So now that we know that the vast majority of Americans are tuning into streaming services and that you can reach a more precise audience via OTT/CTV for less than you would spend on broadcast, the final question becomes:  Where should you buy your OTT/CTV?

You have options, but not all of them are equal.  You can purchase directly from major platforms like Hulu, Fubo, or AT&T, but if you do, you are severely limiting your audience.  With single platforms typically representing no more than 40% of US households as subscribers (see chart below), you would risk limiting your reach to less than ½ of voters.  Additionally, streaming platforms often use billing addresses to onboard and target ads to subscribers.  With widespread sharing of log-ins, it’s likely that by using this method your ads will end up in front of any number of viewers who are not voters in your district.

The optimal solution is simple: El Toro.  El Toro aggregates inventory from over 50 OTT/CTV platforms giving our customers an audience coverage of 65-70%.  And El Toro uses our patented highly targeted IP Address matching system to target just the households of voters in your district.

In fact, after the 10,000+ political campaigns we have run on the El Toro system over the last decade, we have the data to prove our system works.  When you use our patented IP Targeting for a qualifying Get Out The Vote (GOTV) campaign of over $100,000, El Toro guarantees an increased turnout of at least 5%, or we return 50% of your money.  We are the first and only AdTech company to offer a results guarantee for political advertising because we know and can prove our technology delivers real results that win races. 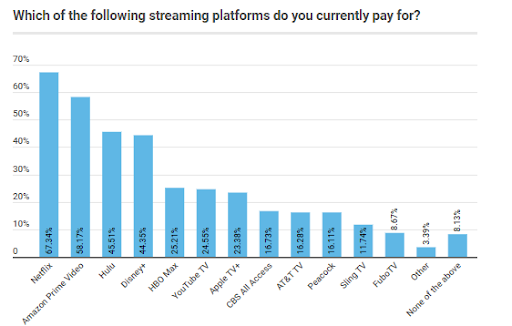 This election will produce some surprising results.  Campaigns that embrace technology can and are making their dollars go 4-10x further by using highly-targeted solutions from El Toro.

It's not too late for your campaign to run with the bull this cycle.  Simply reach out to Contact Us at El Toro or call us at (502) 353-0390.  (And, yes, we’re a tech company that has a phone number, and we actually answer it – because great technology doesn’t work if you can’t work with the firm providing it).